skip to main | skip to sidebar

Do you smell of poo, too? 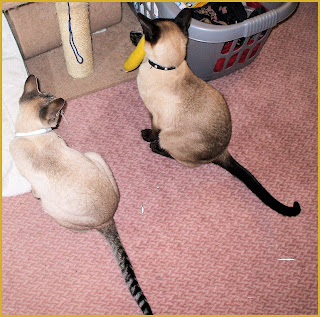 aw, poor Baby Mao. Maybe your slaves could get you another catnip banana so you could each have one!

Oh, poor Baby Mao! I feel so sorry for you. Wanna share my mousie?

Uh oh. I can see you're having a stand down. You'll have to tell us who ended up winning that round.

Yao lin looks like he is really guarding that banana, doesn't he?

Let me understand this correctly. Are you saying that Yao-Lin STOLE your 'nip 'nana and it's really yours?!

Wow, Yao-lin just won't give up that banana will he! Poor Baby Mao.

Awww...just take it back. It's yours!

That Yao-Lin is so selfish! Poor Baby Mao...

Baby Mao, jump him and take back what is yoors!

I thought today's post was about your tails until I biggified and realized that he still has your bananer, Baby Mao! I had been hoping that you would get to play with it. Maybe tomorrow????

Baby Mao dear, do you know where to find me now?
I MOVED blogs!
I have to go tell Simply Siamese. I hope I remember, there's lots of shiny things on the way.
Hey, where was I going?

Uh-oh - I see that catnip nanner, and somecat else has it!

Baby Mao, I've given you an award to replace your catnip banana! :)

Oah, Baby Mao, I am sure you wanna play that nip banana~~ 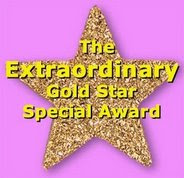 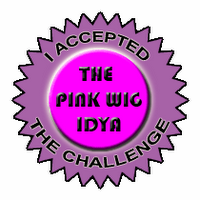 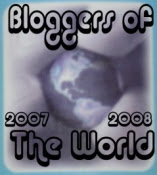 I was cat of the month & year!

Baby Mao trying to chew his way out of a box 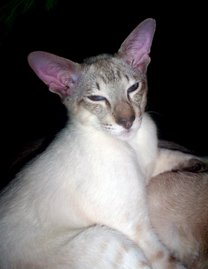 My Bestest Friends Ever